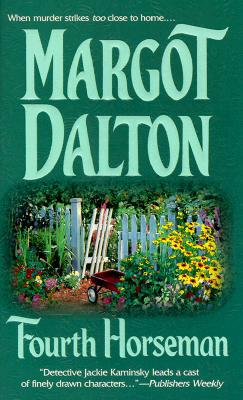 Share:
Officially, she's still on maternity leave. But unofficially, Detective Jackie Kaminsky can't ignore a thirty-year-old unsolved murder. Especially since the bodies are buried in her own backyard....

Spokane detective Jackie Kaminsky finds her instincts as both a cop and a mother put to the ultimate test when she unearths the bodies of a murdered woman and a baby buried behind her new house. As a cop, she suspects this peaceful neighborhood is hiding a sinister secret. As a mother, she fears for her own baby's safety.

Her unofficial questioning of the longtime residents rattles someone into threatening both Jackie and her baby boy. But it's only when she uncovers the dead woman's diary that the true tale of desperation and twisted motives begins to emerge--even deadlier now than thirty years ago.

Somewhere in this quiet, idyllic neighborhood, a murderer is about to strike again.