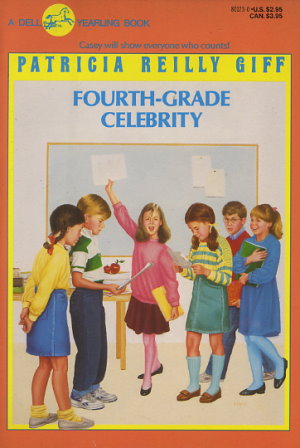 Casey Valentine thinks she has about as much style as a lump of vanilla pudding. She's also sick of being compared to her popular older sister, Van. But this year she's going to make herself over. Her first move is to get herself elected class president. It seems easy. She'll promise Walter Moles to take his persistent pen pal, Tracy Matson, off his hands, if he'll nominate her for class president. After that, who knows? One thing's certain: By the end of the school year, she's sure to be a celebrity -- one way or another!
Reviews from Goodreads.com