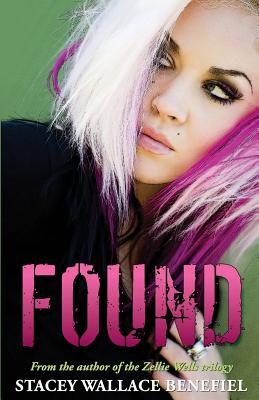 Share:
From Stacey Wallace Benefiel, the author of the Zellie Wells trilogy, comes a new trilogy set in the Society world.
Penny Black hasn't had it easy. Just about everything you'd expect to happen to a harassed foster-kid turned junkie has happened to Penny. Add in the mysterious power to rewind time, conducting events around her, and it's a wonder she held up on the streets for so many years. Now, at seventeen, the New Society has found her. Finally, Penny is where she belongs. But that doesn't stop the visions, or the need to protect the victims shown to her.
Wyatt Adams is excited and intrigued when his sister Melody assigns him to be Penny's Lookout. Being the youngest, and hopelessly ordinary in the family that created the New Society, has left Wyatt feeling like he has a lot to prove -- and Penny is a big deal. She's got abilities that surpass any he's seen before...and pretty much every quality he looks for in a girlfriend, but no one needs to know about that, especially Penny.
*The Penny Black trilogy is a companion to the ZWT and not a continuation of the series.
*Due to language and sexuality, FOUND is recommended for older teens.