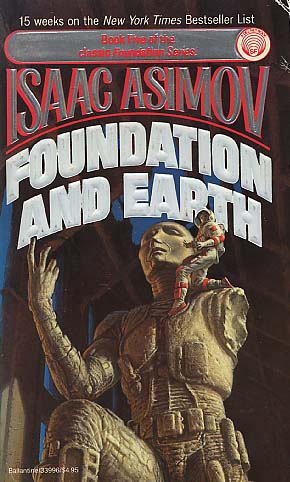 Centuries after the fall of the First Galactic Empire, Mankind's destiny lay in the hands of Golan Trevize, former Councilman of the First Foundation. Reluctantly he chose the mental unity of Galaxia as the only alternative to a future of unending chaos.

But Mankind as massmind was not an idea Trevize was comfortable with. So he journeyed in search of humanity's legendary home, fabled Earth, hoping there to find a solution to his dilemma.

Yet Earth had been lost for thousands of years, and no one could say exactly where it was or if, indeed, it existed at all. More important, Trevize suspected he might not like the answers he found there...
Reviews from Goodreads.com