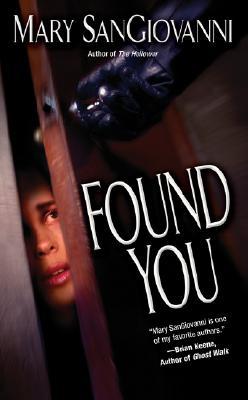 Share:
"Found you." Those two simple words were like a death sentence to Sally. She recognized the voice, straight from her nightmares. The grotesque thing without a face, the creature that thrived on fear and guilt, had nearly killed her, like it had so many others. But it was dead...wasn't it? Sally is about to find out that nightmares can become real, that your deepest secrets can prey on you, and that there's nowhere to hide...for long.

In the small town of Lakehaven something has arrived that can't see you, hear you or touch you, but it can find you just the same. And when it does, your fears will have a name.