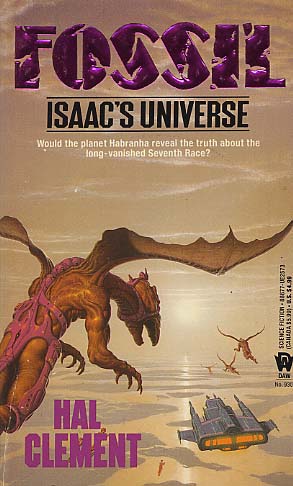 Share:
Set in a universe created by Isaac Asimov and written by science fiction master Hal Clement, this is the story of six vastly different starfaring races struggling to coexist as they combine their forces for a scientific project on the inhospitable world of Habranha.

Their mission is to search through the planet's ice layers for fossils which they hope will determine whether the win natives, the Habras, actually evolved there or are--as some evidence indicates--descendants of the long-vanished, legendary Seventh Race. But there are those among the Six Races who seem to have secret agendas of their own. And when a ground vehicle turns up at the research settlement with no one aboard except a long-dead Habra frozen in a block of ice, humans Hugh and Janice Cedar and their allies among the Six Races are determined to get to the root of this mystery. Has someone sent them a fully preserved fossil, a long-buried ancestor of the present-day Habras? Or is this an elaborate hoax being staged to put an end to their study before they can unearth the truth about the planet and its people?