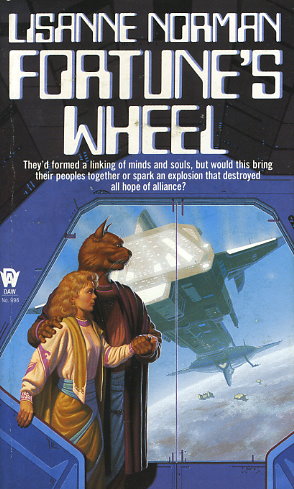 They had been brought together by mutual need when both their peoples were faced with the threat of the warlike Valtegans, an enemy bent on conquering any other race it encountered.

She was Carrie, the daughter of the human governor of the Terran colony planet Keiss. He was Kusac, the son and heir of the Sholan Clan Lord. Both were telepaths of the highest order, and the bond they formed was compounded equally of love and mind power. But even as they sought to refine their suddenly enhanced and intermingled powers and to define their relationship, the two were thrust into the heart of an interstellar conflict.

For while Terran and Sholan representatives worked together in good faith to negotiate a mutual defense treaty, opposing factions on both their worlds sought to use Carrie and Kusac for their own ends...or failing that to destroy them--and with them all hope for a Terran-Sholan alliance!