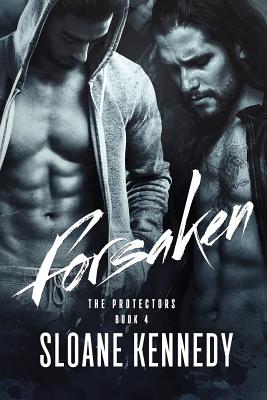 Share:
I didn't know how to tell him how afraid I'd been that I'd never have this moment with him. This moment where it was just the two of us. This moment where he made me feel whole without even trying. --EliAbandoned. Abused. Betrayed.Ex-cop Maverick "Mav" James needs only three things. His Harley, an open road and his work in an underground organization that delivers justice when the law can't.Family? They left him long before he left them.Friends? A liability.A place to call home? Doesn't exist.Mav's motto is simple: Get done and get out. Work, sex, doesn't matter. No emotional connections. Simple.Until he meets him.Alone. Hiding. Broken.At fifteen years old, Eli Galvez had nothing. No family, no friends and only his body as a means to make enough money to survive. But a chance meeting changed all that and eight years later, he's well on his way to having the life he could once only dream of. He's been accepted into medical school and he's finally returned home to Seattle to be closer to the men and women who don't share his blood, but are the only family he's ever really known.Only things aren't what they seem and the secrets Eli has been hiding are about to come to the surface with dangerous consequences.One final chance at a real future.Guys like Eli just aren't Mav's type, period. Yet he can't deny his intense attraction to the younger man who only looks at him with fear in his eyes. Until the day there's something else in those eyes too. Something that draws Mav in and refuses to let go. Something that makes him want to forget his rules. But Mav's learned the hard way what happens when you get too close to something. And while he vows to protect Eli after a violent attack leaves the younger man shaken, protection is all he'll offer.Because anything else would just cost too much.Trigger Warning: This book does contain a possible trigger for some readers. Specifics can be found by utilizing the "Look Inside" feature or downloading a sample and scrolling to the page right before the table of contents. Please note that reading the trigger that is included may cause spoilers.