Forged in Honor — Leonard B. Scott 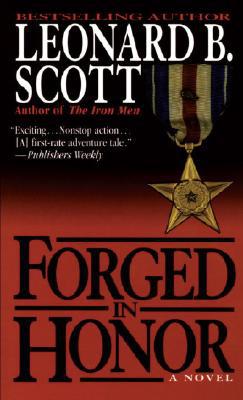 Share:
After the American Embassy in Burma is bombed, retired Special Forces colonel Joshua Hawkins is recalled to active duty by order of the president. A secret government mission will require the intimate knowledge of the exotic country that only Hawkins can provide. He has a special bond with the Shan, the proud and independent mountain tribe of northern Burma, having trained as a warrior with his friend Stephen, the son of a Shan warlord, becoming a Horseman of the Shan hill people, and earning the coveted warriors' silver bracelet, forged in honor, that he still wears.

Now Hawkins is called again to serve his country, to save his Shan friend, and to help the brave people he has never forgotten in their fight against a corrupt government and a ruthless heroin syndicate. It's a big job, but Hawkins and his men are up to it--and not above using frontier justice to teach the despots a thing or two, the old-fashioned way. . . .