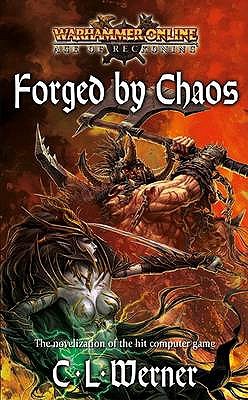 Share:
The Forces of Destruction wage war upon the civilised lands and the Raven Host is poised to march upon the Empire in an unstoppable tide. To ensure victory against the Order of the Griffon, the power of the Winds of Chaos must be fully unleashed. But to work such awesome magic, the marauder Kormak must dare the Bastion Stair, portal to the Realm of Khorne, and defy the Blood God's wrath. The warriors of the Raven Host are not the only ones with an interest in harnessing Chaos. Treacherous dark elves and brutish ores would each seize the power for themselves, while a desperate Imperial army races to deny all of their foes the dread might of Chaos.