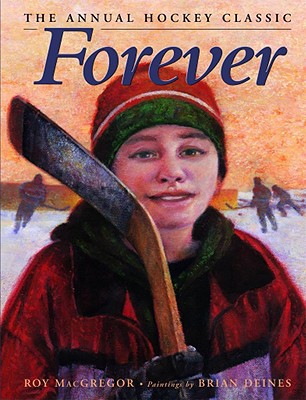 Ruth Schwartz Children's Book Award nominee, 2006
Canadian Children's Book Centre Our Choice, 2007
Snow Willow Award nominee 2006
Forever - we've been doing it absolutely forever!
Bump has been longing to play in the annual Christmas Classic - his family's annual hockey game - for what feels like forever. A tradition begun many years ago by Bump's Grampa and the uncles, the Christmas Classic is the family's annual hockey game played by everyone in the family. Everyone but Bump that is. Even his sister Poodle takes part. When Gramma measures him against the kitchen doorframe, Bump doesn't quite meet the height requirements.
Then comes that magical year, when Grampa announces, "Tomorrow, the Christmas Classic welcomes a new player." Bump knows his time has come. Bump prays that he won't make a fool of himself, that he will play as well as he always has in his dreams. Maybe he will even be named the Most Valuable Player and have his name engraved on the Christmas Classic trophy.
When the game is finally played, Grampa and Bump combine for the final goal in a moment that Bump will remember forever.
But that's not the end of Bump's story. What follows elevates Bump's story to the realm of myth and legend, the cementing of a tradition that will warm the hearts of countless readers and live on forever.
Reviews from Goodreads.com 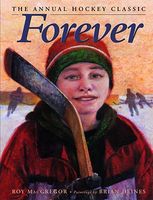