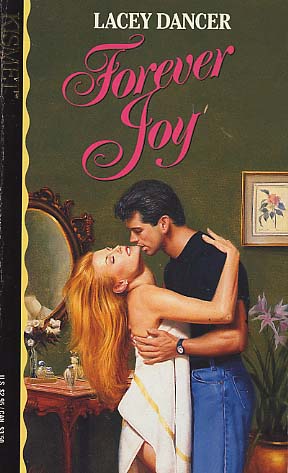 When Slater McGuire spotted a figure in the dark woods, he was prepared to kill or be killed. The stakes were high when it came to kidnapping, and he was out of his league. He was an expert on security systems, but when his friend told him about the little girl who'd been snatched from her parents, he couldn't say no. Slater's search for the child had brought him to this tense confrontation with an armed woman whose eyes were as green as the forest that surrounded them.

Joy Clarebridge was a professional hunter, but men like Slater were not her game. Kidnappings were her specialty - especially kidnappings involving children. Her sources had warned her of Slater's presence in the woods, but she had not expected to find a willing partner in the tall man with black eyes. The child was the only thing that mattered, and if Slater could speed the rescue, she would work with him.

As the case began to snowball, Slater was puzzled by his cunning partner. What deep, dark secret drove this elegant woman to put her life on the line, time and again? If they survived this deadly adventure, Slater was determined to solve the riddle of Joy.