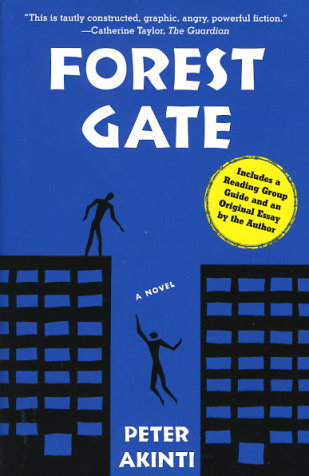 Share:
A SHATTERING, POETIC AND RAW FIRST NOVEL SET AMONG YOUNG SOMALIAN REFUGEES IN THE SLUMS OF LONDON -- BEGINNING WITH A
DOUBLE SUICIDE AND ENDING WITH A REBIRTH.

In a community where poverty is kept dose and passed from one generation to the next. two teenage boys, best friends, stand on top of twin tower blocks. Facing each other across the abyss of London's urban sprawl, they say their good-byes and jump. One dies.
The other, alternating with the sister of the deceased, narrates this novel.

James gives us a window into the inner city -- his mom is a crack addict, his gang "brothers" force him to kill another black boy. Meina describes with feeling her family history in Somalia: after her parents are killed before her eyes, her village aunt sells her to six husbands -- before she is even a teenager. Desperate to rebuild their lives, James and Meina set out to find the place for which every child longs -- home.

Brutal and shockingly violent in places, rambunctious and lively in others and slyly, dryly witty in yet others, Meina and James's journey toward life through their past is ultimately a powerful story of redemptive love and the debut of an extraordinary literary talent.