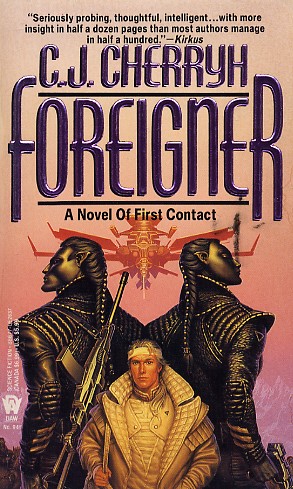 Share:
It had been nearly five centuries since the starship Phoenix, lost in space and desperately searching for the nearest G5 star, had encountered the planet of the atevi. On this alien world, law was kept by the use of registered assassination, alliances were defined by individual loyalties not geographical borders, and war became inevitable once humans and one faction of atevi established a working relationship. It was a war that humans had no chance of winning on this planet so many light-years from home.

Now, nearly two hundred years after that conflict, humanity has traded its advanced technology for peace and an island refuge that no atevi will ever visit. Then the sole human the treaty allows into atevi society is marked for an assassin's bullet. The work of an isolated lunatic?...The interests of a particular faction?...Or the consequence of one human's fondness for a species which has fourteen words for betrayal and not a single word for love?