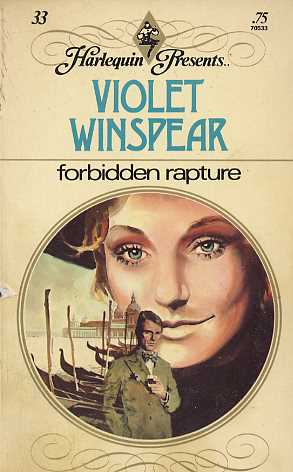 Share:
When Della Neve went on a Mediterranean cruise she wanted a rest, not a holiday romance. Her future was already bound to Marsh Graham, the fiance to whom she owed everything -- who had brought her up, moulded her into a great star, and who loved her deeply.

But on board ship Della met Nicholas di Fioro Franquila, a charming, rakish, devastating man of the world who treated women as playthings. Nevertheless, Della began to find herself falling for him as all his other women did; to become gradually aware that in Nicholas she was finding something that was missing in her relationship with Marsh -- rapture, perhaps?

But even if Nicholas should see her as some-thing more than just another conquest, how could she think of him when she owed Marsh so much?