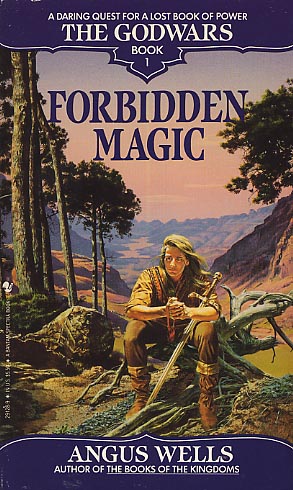 In the time of the beginning, when the First Gods created all things, they brought forth two children, Tharn and Balatur, lesser gods, to walk upon the new world. But Balatur was arrogant, Tharn was consumed with madness, and the First Gods were forced to condemn them both to an eternal, deathlike sleep, lest they destroy creation.

Now a mysterious wizard seeks to awaken the mad Tharn and unleash his terrifying power into the world. If he succeeds, the god's insane fury could rip apart the fabric of existence and give the diabolical magician what he seeks most of all: the scepter of domination over the forces of chaos.

Only the young scholar Calandryll has the knowledge and skill to stop the evil wizard's plan. Accompanied by a cynical mercenary, protected by an enigmatic magic, he must journey across a war-torn countryside, facing terror and treachery both real and magical, to find the ancient book whose incantations can bring the evil god back to life--and destroy it forever.
Reviews from Goodreads.com