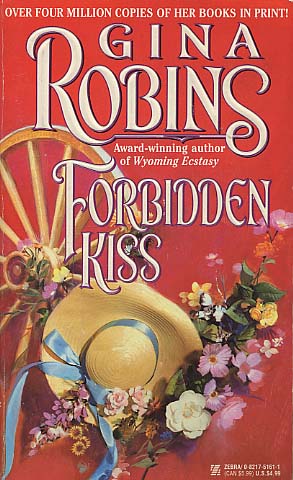 Share:
Men have always wondered whether Casity Crockett's lips taste as good as they look. No one's ever found out because she has no use for the uncouth cowhands pouring into her Texas hometown. But when two desperadoes shoot her uncle down, Casity knows it's time to run . . . for her life.

On a train headed North, Casity meets Priscilla, a middle-aged spinster who answered an ad to become a lonely rancher's wife--and changed her mind. So Casity takes her ticket . . . and ends up face to face with Shaler McCain, the biggest, broadest, handsomest man she's ever met. Too bad Shaler's the son of Priscilla's husband-to-be. Now Casity must find a way to say "I don't" to one wedding, and stay alive long enough to say "I do, I will," and "I sure-want-to" to the man who has ensnared her heart . . . .