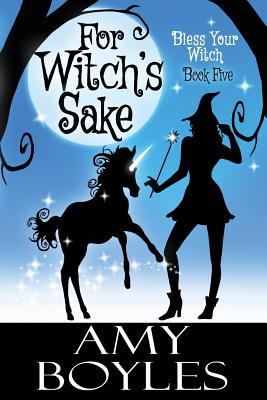 Dylan Apel can't stay out of trouble… When Southern witch Dylan Apel finds herself stripped of her powers and under house arrest, she's got no one to blame but herself. But that doesn't stop trouble from knocking on her door. When a convicted murderer winds up dead outside Dylan's house, there's a short list of suspects, including her own grandmother. With everyone on high alert and no one sure of who's going to be the next victim, Dylan breaks her house arrest in order to solve the crime. But when one of the good guys suddenly becomes the primary suspect, Dylan's world turns upside down. In order to discover whodunit, Dylan must accept truths about herself as well as the witching world, all while running a successful dress shop and trying to stay sane amidst a nutjob grandmother, a destructive baby unicorn, and a sister determined to outfit all of Silver Springs in crocheted body suits. Will Dylan figure out the killer before she becomes the next victim?
Reviews from Goodreads.com