For the Time Being — Dirk Bogarde 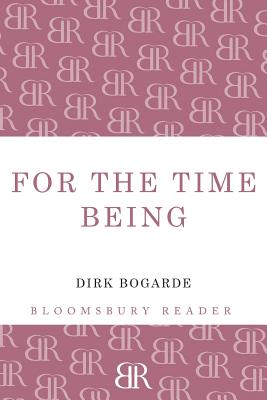 In 1988 Dirk Bogarde returned from two idyllic decades in France to live in England because of his partner's serious illness. Shortly afterwards, the then Literary Editor of the Daily Telegraph, admiring the 'lucid frankness' of Bogarde's memoirs, invited him to review some books for the newspaper. Over the next eight years or so, Bogarde wrote much of the criticism, essays, obituaries, fragments of autobiography and appreciations which are collected in this volume – a body of work that offers fascinating insights into the life, mind and views of one of Britain's most admired authors and actors.
Perhaps the central piece in the book is the now-famous article 'A Short Walk from Harrods', which Bogarde wrote for the Independent on Sunday soon after returning to London. In it he describes what it feels like to walk among familiar ghosts and to dine with those he considers 'the living dead'. A momentous review of three Holocaust books is accompanied by an article in which he describes the extraordinary postbag he received from its readers. In another piece which had a profound impact, he gives forceful vent to his support for euthanasia.
With a specially written introduction and new reflections on several of the pieces, For the Time Being, first published in 1998, brings together virtually all the work of Dirk Bogarde published outside his novels and autobiographies. It stands as a testimony to a wonderfully varied life, a wide range of interests and sympathies, and a remarkable gift for writing.
Reviews from Goodreads.com