For the Right Reasons — Kara Lennox 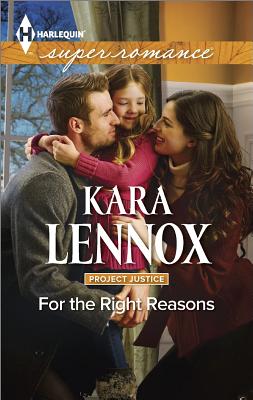 Dr. Bree Johnson won't let an innocent man rot in jail. Why won't Project Justice's handsome attorney Eric Riggs listen to her when she knows her ex Kelly Ralston did not commit the crime he's been arrested for? Little does she know that Kelly has threatened Eric's daughter and that the secrets in this case go beyond them all.

But who is controlling Kelly? Bree and Eric will have to trust one another in order to bring the real criminal to justice. Bree might have met the love of her life, but if she and Eric don't stay ahead of the killer, her life might not be a long one….
Reviews from Goodreads.com