For the Love of Ivy — Barbara Kaye 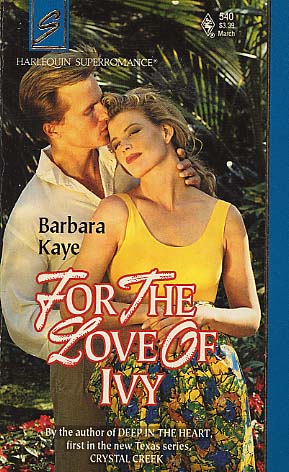 Ever since Taylor Edwards had escorted Ivy Loving back from the Indonesian island of Baksra at her grandmother's request, he'd been having second thoughts. Nothing in Ivy's background had prepared her for the social whirl of Fort Worth.

Ivy was already changing. No longer was she the shy young woman who had clung to him so nervously during the long trip home. Even more alarming, his friends-sophisticated big-city Texans--were far too interested in the beautiful island woman.

But if Ivy returned to Baksra, she would have to follow the island custom and marry the man her parents had chosen for her.

One way or another, Taylor seemed destined to lose her.