For the Earl's Pleasure — Anne Mallory 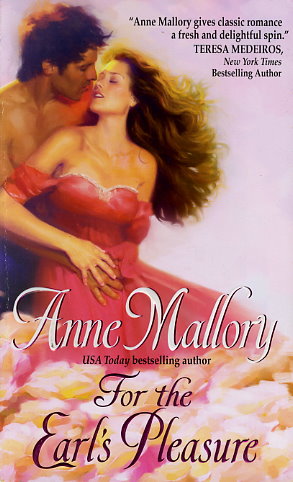 They were once cherished childhood companions, until a scandalous secret tore them apart. Now Valerian Rainewood and Abigail Smart are the fiercest of enemies. To Abigail, Rainewood is a notorious rake, hell-bent on mischief and not fit for polite society. So what if it seems as if he can seduce her with nothing but his eyes? She will not succumb. But when the earl is viciously attacked, Abigail's distress tells her that something still binds her to the wild Rainewood.

Though the ton believes there is nothing between them, Rainewood knows the truth. Abigail tempts him the way no other woman has. Wanton lust overwhelms him whenever she is near. But keeping her too close may put her precious life in danger. He must destroy his enemies--so that with every touch he may prove to Abigail that though their past was filled with trouble, their future will be nothing but pleasure.