For God and Country — Jerome Prescott 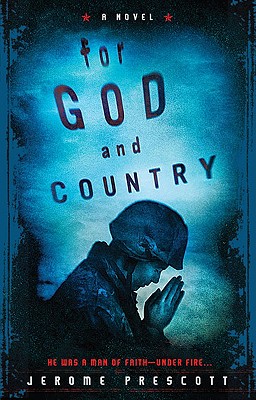 Share:
They say there are no atheists in foxholes. But the brutality of war can test the faith of even a U.S. Army Chaplain.

The terrorist attacks of September 11, 2001 changed America as a nation, and changed millions of American lives. One of them was young seminary student Sean Rasmundsen. When his nation was attacked, he felt a new calling: to serve his country-and his God-in the armed forces as a chaplain.

Eight years later, Sean is heading for his second tour of Iraq, where he's stationed with the 69th Brigade Combat Team. They've been under fire from the enemy more often than not, they lost their beloved chaplain to an IED attack, and now Sean must find a way to help the troops keep their faith, even as he is undergoing a test of faith in himself, his country-and even the Almighty. But Sean knows in his heart there must be a God, just like he must believe there's a heaven up there.

Because it's hell down here.