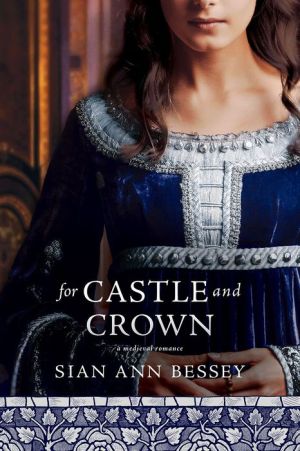 After years spent fighting alongside King Richard in the crusades, Lord Edmund of Hawksford is finally returning to his ancestral home. But far from a joyful reunion, what awaits him is devastation. His elder brother is dead, killed in a tragic fire at Hawksford Castle—and the title of duke now falls to Edmund.
When he strives to rebuild the fire-scarred castle, Edmund learns that his was not the only life the fire shattered: his childhood friend Lady Phillipa survived the flames that took Edmund’s brother, but badly burned, she has hidden herself away from those she loves. Yet as the pair renews their acquaintance, they find that their affection runs deep—perhaps even deeper than they’d ever realized.
As Edmund and Pippa begin to question whether the fire was truly an accident, they must discover the truth of the past before they can plan for their future. While coming perilously close to the answers they seek, Edmund and Pippa find themselves at the mercy of a dangerous foe who will stop at nothing to lay claim on Hawksford—and he will destroy any who stand in his way.
Reviews from Goodreads.com