For Better, For Murder — Lisa Bork 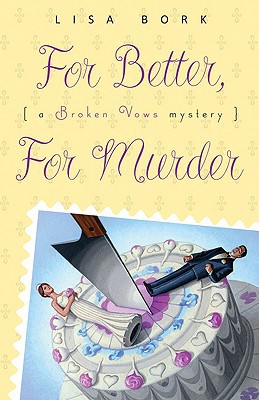 Share:
Jolene Asdale is just one sale away from becoming a successful New York businesswoman. But her dream stalls when a dead body rolls out of the shiny Ferrari in her exotic car showroom. The victim is Tim Lapham, head of the Finger Lakes zoning board. They'd been dating -- and publicly arguing over relocating her business -- just months before.

Arriving on the scene to investigate is Deputy Ray Parker, Jo's estranged husband, whose suspicions are raised when wads of cash and a knife sheath turn up in her home. Knowing that many consider her shop an eyesore, Jo fears that a spite-driven local is trying to frame her for murder. But she'll do whatever it takes to avoid a loveless life behind bars . . . even if it means careening into the path of a killer.