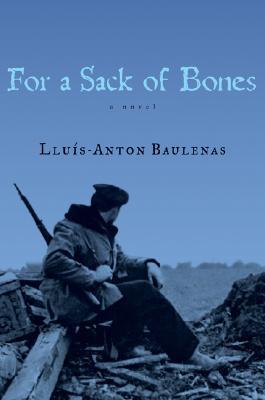 Share:
This story, among many other things, is about two men who are gone from the world but are still very much mine. Their deaths occurred after the fighting stopped, but the war still got them in the end.

This story is also about keeping promises.
And it's about revenge.

After eight years in exile, Sergeant Genís Aleu returns to the city of Barcelona bearing the mark of a man who has seen many battles--and who has one last mission ahead of him. A soldier in the infamous foreign legion, Aleu cuts a fearsome figure as he negotiates around the paranoid and suspicious citizens of Franco's Spain, single-mindedly trying to fulfill his father's dying wish.

But beneath the gruff and gritty life of a legionnaire are echoes of Niso--Aleu as a young boy in a charity orphanage--and Niso's passionate devotion to his family, the ideals of his country, and the possibility of a better future.

Now, as the people of Spain struggle to survive under the thumb of Fascist oppression, Aleu hurtles toward his own reckoning with the truth of war and the dangerous effects of living a lie.