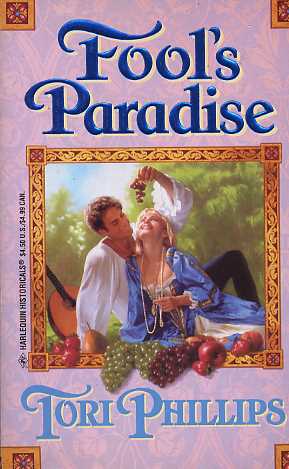 When fleeing an odious arranged match, the Lady Elizabeth Hayward found herself under the protection of famed court jester Richard Tarleton. But even disguised as the fool's boy apprentice, there was no hiding the fact that she'd fallen hopelessly in love!

Though Tarleton's ready wit had won him royal favor, his tongue was tied in the presence of the sweet-voiced Elizabeth --- at least about things that truly mattered. For how could he offer the queen's own goddaughter a gift so lowly as his own foolish heart?