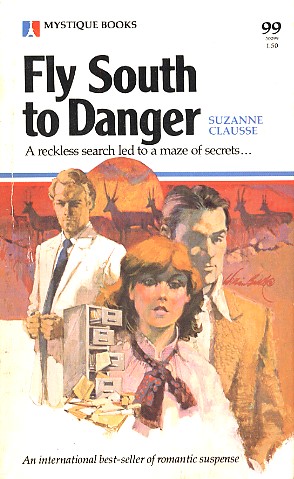 Vania was warned of danger when she arrived in South Africa to search for her missing brother, Alan, a reporter investigating a drug ring.

She met Guy Bertrand, another journalist, who said he would help her. But could she trust a man who constantly put on an act? Wealthy Kurt Hoffman, on the other hand, was always there when she needed him--but why did he ask so many questions?

One of them was not what he seemed to be--but which one? If she didn't trust the right man, her brother's life would be at stake!