Flowers for His Funeral — Ann Granger 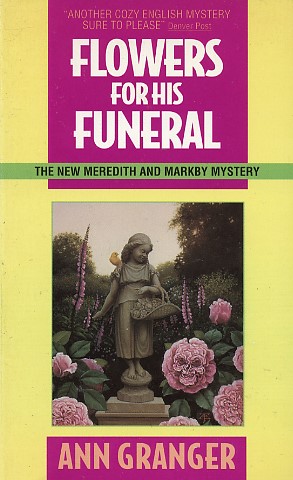 A THORN AMONG THE ROSES

Meredith Mitchell had plenty of time to regret having impulsively greeted an old schoolmate, Rachel Hunter, at the Chelsea Flower Show. She and Rachel had never been close, yet Meredith was suddenly caught up chatting with her glamorous "old friend," meeting Rachel's wealthy husband, Alex Constantine, and introducing Rachel to her companion, Inspector Alan Markby...who, it turned out, needed no introduction. Alan had once been married to Rachel. The second shock of the day came just moments later, when Alex mysteriously fell ill and expired, thrusting a most reluctant Meredith and even more reluctant Markby into an investigation of Rachel's posh and twisted world of power, money...and murder.
Reviews from Goodreads.com