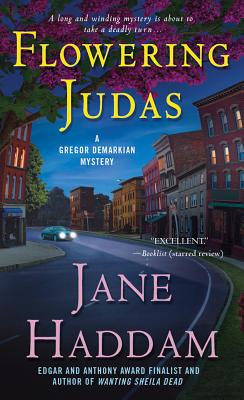 Share:
Twelve years ago, Chester Morton disappeared from his hometown in Mattuck, New York, leaving no trace and never to be heard from again. For the past twelve years, his mother has kept the search for her son alive -- paying for a billboard overlooking the local community college, putting up new flyers every week, hounding every law enforcement agency she can get to listen. Her determination has made his disappearance very high profile but it's also been damaging to her family, her children and to herself.

Now, Chester's body is finally found -- hanging from the very billboard that has been advertising his disappearance. Chester's corpse, however, is recent -- meaning that Chester had been alive, somewhere, until very recently. Under pressure and with limited resources, the local police turn to Gregor Demarkian -- a former FBI agent and a frequent consultant on such cases -- to try and unravel the truth buried within this very complex and tragic case and find out once and for all what really happened all those years ago.