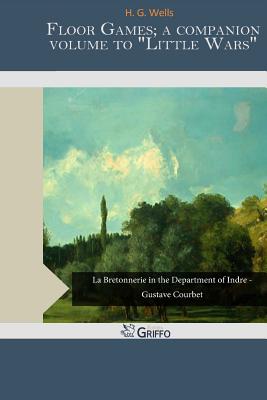 Floor Games is a short story by H. G. Wells. H.G. Wells had so much fun playing with his children on the floor of their playroom, he decided to write a jovial little book to inspire other parents in their pursuit of quality time with the kids. While the raw materials available from hobby stores of his day were woefully short of the variety and quality of what can be bought easily now, he and his sons created their own worlds to rule. This short work describes two games of imagination played out upon the floor of his home - an archipelago of islands, and a thoroughly integrated city, conveniently organized with two mayoral positions for his sons "G.P.W." and "F.R.W." While the toy people appearing in their worlds were often of martial nature, Wells decided to leave description of military games to a later book: Little Wars. Herbert George "H. G." Wells (21 September 1866 - 13 August 1946) was an English writer, now best known for his work in the science fiction genre. He was also a prolific writer in many other genres, including contemporary novels, history, politics and social commentary, even writing textbooks and rules for war games. Wells is sometimes called "The Father of Science Fiction," as are Jules Verne and Hugo Gernsback. His most notable science fiction works include The War of the Worlds, The Time Machine, The Invisible Man and The Island of Doctor Moreau. Wells's earliest specialised training was in biology, and his thinking on ethical matters took place in a specifically and fundamentally Darwinian context. He was also from an early date an outspoken socialist, often (but not always, as at the beginning of the First World War) sympathising with pacifist views. His later works became increasingly political and didactic, and he sometimes indicated on official documents that his profession was that of "Journalist." Most of his later novels were not science fiction. Some described lower-middle class life (Kipps; The History of Mr Polly), leading him to be touted as a worthy successor to Charles Dickens, but Wells described a range of social strata and even attempted, in Tono-Bungay (1909), a diagnosis of English society as a whole.
Reviews from Goodreads.com 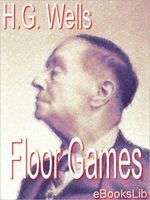