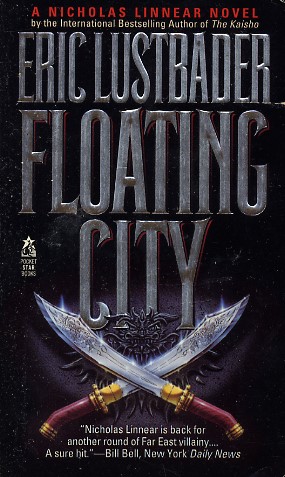 Share:
Deep within the Vietnamese jungle lies Floating City, a secret empire run on riches and murder. At its heart is Rock, an American Vietnam vet--a killing machine raised on war and rock-and-roll. Ruthless and bloodthirsty, he rules like a god supreme over his legendary dominion. And at his command is the Torch--the tool of ultimate evil that only one man can destroy: Nicholas Linnear.

But to penetrate Floating City, Nicholas must first confront his own inner demons: the Yakuza, the Japanese criminal underworld he despises, and his own past. Only when he faces the harrowing truth about himself and about Koei, the woman he loved as no other, will Nicholas find the inner strength to carry out the two missions that have now become one: destroy Floating City, and honor his family's debt to the head of the Yakuza, the Kaisho.

While Linnear heads into the heart of a vast web of terror, half a world away his longtime friend, ex-NYPD Detective Lew Croaker, is hunting the Kaisho's would-be assassins. From the foul back alleys of Saigon to the forbidding jungles of Southeast Asia to the corridors of power in Tokyo and Washington, D.C., Linnear and Croaker cross the blood-red line that divides good from evil, sexuality from death, love from betrayal--rushing inexorably toward an explosive climax that you will never forget.