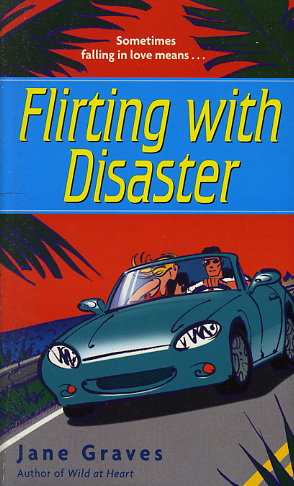 On a humanitarian mission to fly doctors to a remote village in Mexico, pilot Lisa Merrick discovers something sinister lurking behind the organization in charge. Her plane is sabotaged, leaving her trapped in the Mexican wilderness with a price on her head and no way out. Injured and desperate, she manages to contact the one man she knows will help her: Dave DeMarco, a tough but compassionate Texas cop she was once wildly in love with, a man who left her with nothing but a whispered promise that now provides her only hope.

Dave DeMarco is stunned when a woman from his past phones him late one night with an incredible story of smuggling, sabotage, and attempted murder. Just hearing Lisa Merrick's voice brings back memories Dave doesn't want to face, but a promise he once made leaves him no choice but to help her. Soon, though, his mission to rescue Lisa becomes a struggle for survival against an enemy who wants them both dead. When the danger they face clashes with the passion that still burns between them, Dave vows to protect the woman he never stopped loving -- and keep her in his life forever. . . .