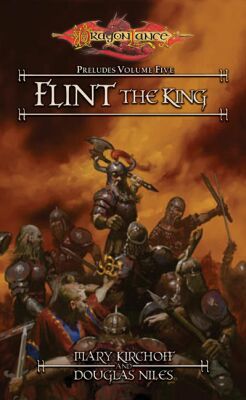 The peaceful life of Flint Fireforge is disturbed when he is forced to leave Solace and return to his dwarven homeland to investigate his brother's murder. As he delves into the mystery, unexpected allies and unseen enemies join the fight of truth against treachery.

Flint soon discovers that to bring his brother's killer to justice, he must either die or become king. He's not sure which choice might be worse.