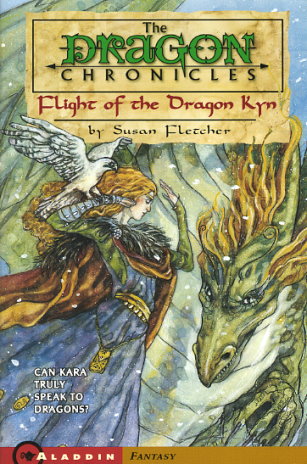 Share:
There is a story about Kara and dragons. When she was four, she came down with vermillion fever. Her parents, thinking there was no cure, left her in a cave to die. A month later she walked back into her parents' home as healthy as if she had never been sick. It is said that a mother dragon lived in that cave, and she nursed young Kara back to life.

Now, eleven years later, the only reminder of Kara's illness is a small scar on her cheek. Of her contact with the dragon, there is more. Her eyes, which once were blue, are now green. And she can call down birds, which many believe is a sign that she can also call down dragons, for the two are distant cousins.

Only Kara has her doubts. How can a beast as huge and terrifying as a dragon be related to a sweet, gentle bird? But could this explain why the king has sent for her? Does he think she has power over dragons? For Kara, the answer to this question means life or death -- not only for her, but for all the dragons, also.