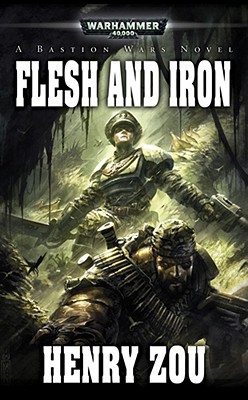 Share:
There are reports of an uprising on the planet of Solo-Baston. Indigenous forces are rebelling against Imperial rule, led by the mysterious 'Dos Pares.' Amidst the conflict, the 31st Riverine Imperial Guard are dispatched to seek and retrieve a vital piece of weaponry, but find themseleves beset on all sides by hostile forces. And what they orginally thought was simple tribal warfare soon reveals a much more sinister activity. Henry Zou's latest novel serves as a prequel to Emperor's Mercy and delivers non-stop action and mystery in the grim worlds of Warhammer 40,000.