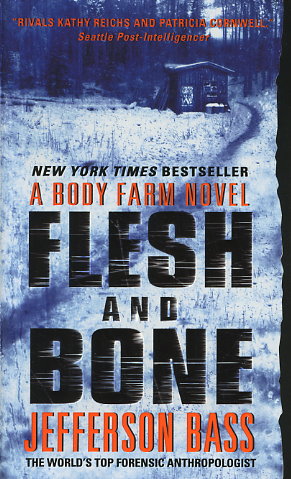 Anthropologist Dr. Bill Brockton founded Tennessee's world-famous Body Farm -- a small piece of land where corpses are left to decay in order to gain important forensic information. Now, in the wake of a shocking crime in nearby Chattanooga, he's called upon by Jess Carter -- the rising star of the state's medical examiners -- to help her unravel a murderous puzzle. But after re-creating the death scene at the Body Farm, Brockton discovers his career, reputation, and life are in dire jeopardy when a second, unexplained corpse appears in the grisly setting.

Accused of a horrific crime -- transformed overnight from a respected professor to a hated and feared pariah -- Bill Brockton will need every ounce of his formidable forensic skills to escape the ingeniously woven net that's tightening around him ... and to prove the seemingly impossible: his own innocence.