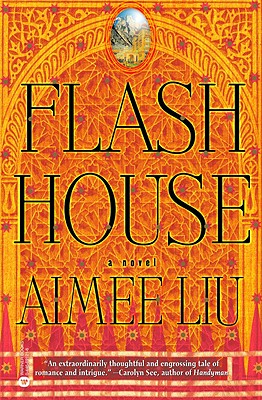 Share:
New Delhi, 1949. Joanna Shaw runs a refuge for girls from the city's red-light district. She is here when the news arrives: her husband's plane has gone down in the mountains of Kashmir. Certain that Aidan, a journalist, is still alive, she enlists the aid of his best friend, Lawrence. Together with ten-year-old Kamla, the half Chinese, half Sikh orphan she has rescued from a brothel, the three begin a journey into the treacherous heart of the Himalayas, where Aidan seems to have vanished without a trace.

For Joanna, it is a search for the truth about the husband she thought she knew. For Lawrence, it is a quest for redemption. And for the turquoise-eyed Kamla, it is an odyssey into the tantalizing mystery of her birth. Masterfully weaving the story of these three extraordinary people into the chaos and confusion of the years following World War II, Aimee Liu gives us a multilayered and richly textured tale that evokes echoes of Graham Greene's classic novels and Anita Shreve's The Pilot's Wife. Part love story and part gripping political thriller, FLASH HOUSE is about surviving against impossible odds in a world where nothing is what it seems...and the ultimate safe haven is the elusive place called home.