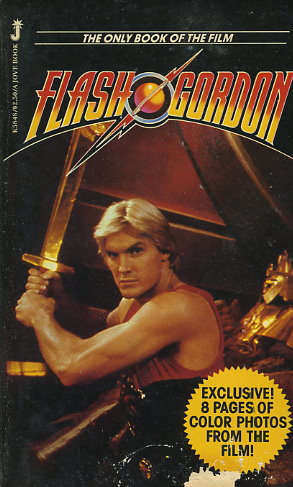 He rules the planet Mongo with cold terror -- and if he has his Imperial way, will conquer the entire universe! But first the King of Mongo must destroy Flash Gordon, the fair-haired earthling and Superbowl Star, destined to challenge his sinister mental forces .... Together with Doctor Zarkov and the beautiful Dale Arden, Flash is sent hurtling through interstellar space to the Towers of Mingo City, the heartless armies of the all-seeing secret police, and the deadly creatures and half-human beings lurking in Ming's domains.

There, the space hero has a triple task: survive Ming's onslaught, free his own friends, and save -- billions of light-years away -- the planet Earth!