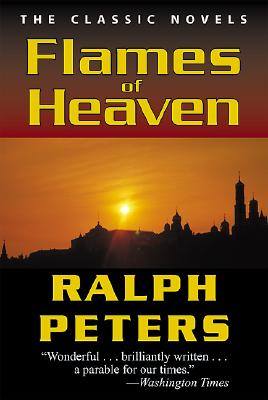 Share:
The Soviet Union: eleven time zones, one sixth of the world's land mass, seized for decades by a tyrannous social experiment, drenched in blood and falling in chaos.
New York Times bestseller, soldier and writer Ralph Peters, takes us into the heart of a violent and vibrant people swept into the vortex of history.
Misha Samsonov, hero and Afghanistan veteran, forced to lead corrupt troops against his own countrymen. Ali Talala, a People's Deputy and Uzbeck mafia chieftain, targeted by his own people as the rumblings of Islam send fear through Moscow. Sasha Leskov and Shirin Talala: theirs is an ecstasy bordering on Blasphemy that ignites an old and bloody conflict.