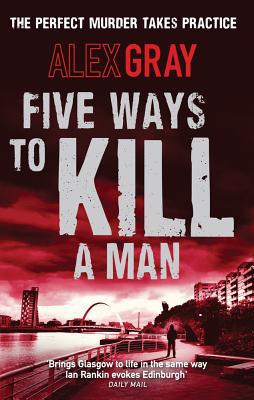 An unpredictable killer is loose on the streets of Glasgow, experimenting with death. Beginning with brute force, the murderer moves on to poison and drowning, greedy for new and better ways to kill.

Faced with a string of unconnected victims, DCI Lorimer turns to psychologist and friend Solomon Brightman for his insights. Lorimer is also assigned to review the case of a fatal house fire. His suspicions are raised by shocking omissions in the original investigation. Some uncomfortable questions have been buried but Lorimer is the man to ask them.

As the serial killer gets closer to Lorimer's family, can the DCI unmask the volatile murderer before the next victim is found too close to home?
Reviews from Goodreads.com