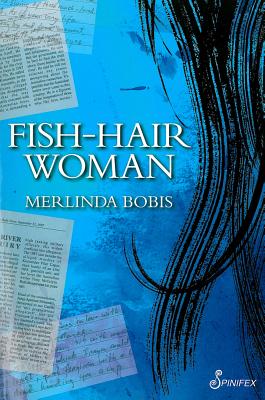 In 1987, the Philippine government fights a total war against communist insurgency and the village of Iraya is militarized. The days are violent and the nights heavy with fireflies in the river where the dead are dumped. With her 12-meter hair, the “fish-hair woman” Estrella trawls the corpses from the water, which now tastes of lemongrass. She falls in love with the visiting Australian writer Tony McIntyre before he disappears in the conflict. Ten years later, his son Luke is reading this story in a mysterious manuscript sent to Australia with love letters. Tony left Australia when Luke was six, and now at 19 Luke is traveling to the Philippines because his father is supposedly dying. On arrival he is caught in a web of betrayal that spins into the dark, magical tale of the manuscript as fact bleeds into fiction. Luke meets Stella, who could be Tony’s lover—or the fish-hair woman—but Tony cannot be found. Poetic and eclectic in style, this epic tale threads a multitude of voices and stories worldwide and ignites a mystery of who is really telling the story.