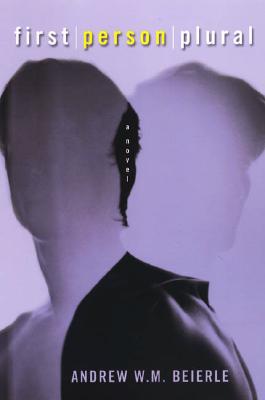 Share:
In this stunning novel, Andrew W.M. Beierle brings to life characters at once unthinkably foreign and utterly real. Frank and fearless, sexy and witty, First Person Plural is a masterfully rendered, powerfully imaginative work, as complex and as extraordinary as the bonds of love.

Owen and Porter Jamison are conjoined twins inhabiting one body with two heads, one torso, and two very different hearts. As children, they're seen as a single entity--Owenandporter, or more often, Porterandowen. As they grow to adulthood, their differences become more pronounced: Porter is outgoing and charismatic while Owen is cerebral and artistic. When Porter becomes a high school jock hero, complete with cheerleader girlfriend, a greater distinction emerges, as Owen gradually comes to realize that he's gay.

Owen, a reluctant romantic, is content at first to settle for unrequited crushes. Porter's unease with his brother's sexuality leaves Owen feeling increasingly alienated from his twin, especially when Porter falls in love with Faith, and Owen becomes the unwilling third side of a complicated love triangle. When Owen finally begins to explore his own desires, the rift grows deeper.

As Porter and Owen's carefully balanced arrangement of give-and-take, sacrifice and selfishness, is irrevocably shattered, each twin is left fighting for his relationship--and his future--in a battle of wills where winning seems impossible, and losing unthinkable...