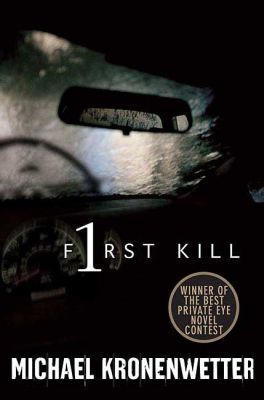 Share:
Hank Berlin and Jack Drucker had been friends since grade school---and both in love with Elizabeth Kermanski. Early on, however, Hank saw that he was out of the running, and made the best of it. They still remained friends. The friendship was only torn when Jack enlisted in the army to serve in Vietnam, and Hank, who was against the war, traveled to Canada to escape the draft. After that, the two men never spoke again, and Elizabeth followed her husband's lead

When amnesty was granted to expatriates by President Carter, Hank returned to their small town and set up shop as a private investigator. Jack went to work on his father's local newspaper, winning praise for his initiative to find good and surprising stories. Until someone shot him dead in his car, which was parked on a lonely street well after midnight.

Still somewhat under Elizabeth's spell, Hank agrees to take her on as a client. Hank's cases as a private detective have been somewhat limited; their town was not a place for spectacular crimes. But he begins looking for any possible lead, and is not surprised to find that many prominent people have secrets in their lives. Could star reporter Jack Drucker have been the target of someone's need for silence?