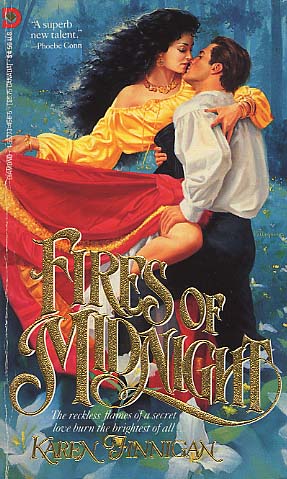 Share:
SHE WAS A PROUD IRISH BEAUTY
... torn from her beloved homeland, spirited away to England, and forced to take part in a treacherous conspiracy against her country's legendary hero.

HE WAS AN INFAMOUS IRISH REBEL
... driven by bold dreams of vengeance, fiercely fighting for his people's independence, and living a dangerous double life of peril and pleasure.

TOGETHER, THEY EMBRACED A WILDLY DEFIANT PASSION
... Aileen Connolly and Tyson Winslow, two hearts destined to clash in a fiery blaze of deception and desire, honor and betrayal. Only Aileen knew the rebel's secret identity as a dashing London aristocrat. And she alone could save him from a shattering fate.

But who would protect her heart from the scorching flames of love that consumed them both?