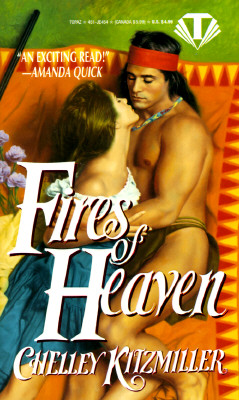 Share:
Independence Taylor had not been raised to survive the rigors of the West, but she was determined to mend her relationship with her father even if it meant journeying across miles of dangerous frontier to the Arizona Territory. But nothing prepared her for the terrifying moment when her wagon train was attacked and she was carried away from certain death by the mysterious Apache known only as Shatto. Falsely accused of a crime he did not commit, Shatto turned his back on his white heritage, preferring the peace of the Apache way of life. He thought he knew the course his life would take until the day he rescued a woman named Independence Taylor. Now, on the run in an untamed land, Shatto would risk his life and his heart for this woman who had no place in the West - a woman who had awakened him from a shadow world and shown him the power of love.