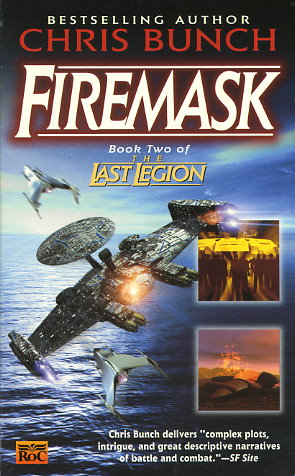 Share:
PEACE IS A PIPE DREAM ON THE EDGE OF THE UNIVERSE

The human Confederation government remains ominously silent during the post -- civil war cleanup on a far-distant planetary system. Short on supplies and support, the Cumbre system is left vulnerable to an alien race bent on universal domination. Only the never-say-die members of the Legion stand in their way--armed with pride and fighting for glory. . . .

Driven from the mineral-rich Cumbre system by humans, the alien Musth target these fragile planets for domination--and to reclaim their lost honor. Outmanned and outgunned, the abandoned army struggles valiantly but is soon overwhelmed, leading to the surrender of the planetary government.

Escaping capture, the surviving soldiers of the Legion scatter. Now, Garvin Jaansma and Njangu Yoshitaro conduct their own war--their way. Under their leadership, the troops take their fighting to the streets in a brutal guerilla war against their oppressors--and against the odds....