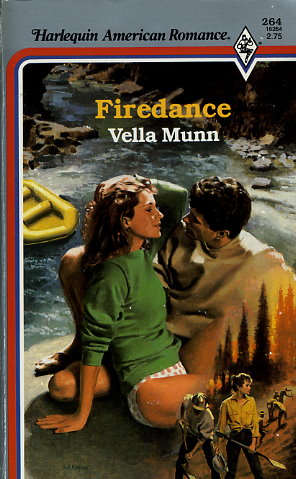 Smoke jumper Lory Foster fought the summer infernos that ravaged the Northwest forests. Mike Steen battled those blazes from his specially equipped chopper. When fires raged, they were a team. The rest of the time they were loners, isolated by the demands of their jobs, the uncertainty of their lives and by the lurking threat of sudden death.

To Mike, Lory was strong and vital--he couldn't believe she would ever need him. To Lory, Mike was an unfettered spirit, soaring over the human passions of love and desire. But their breed were gambler--sand they gambled everything on one glorious and tumultuous weekend on the drifting currents of Idaho's Snake River.