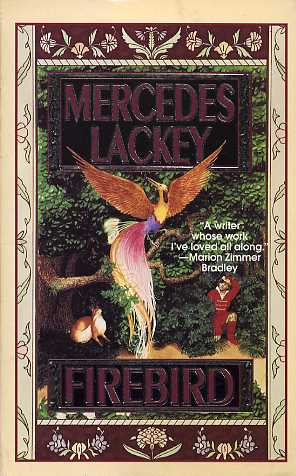 Share:
Inspired by a classic fairy tale, Firebird is a marvelous coming-of-age fantasy novel with a most unusual setting: medieval Russia before the Tsars.

Ilya is the son of a boyar, a Russian prince. The boyar's majestic cherry orchard is visited at midnight by the legendary Firebird--a gigantic, magnificent hawk whose wings seem to be made of flame. When Ilya attempts--and fails--to catch the Firebird, he is banished.

The young man journeys through a fantastical Russia full of magical mazes, enchanted creatures, and untold dangers. Gifted with the ability to understand the speech of animals, Ilya saves the life of a fox, who becomes his most steadfast companion.

As happens in the best fairy tales, Ilya falls in love with an enchanted princess. To free her, he must baffle an evil wizard and a powerful dragon. Magic swirls as Ilya uses his wits, his warrior's skills, and some very unusual allies to save the day and win true love.