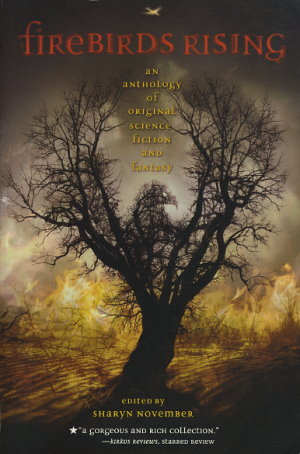 Share:
What you hold in your hands is more than a book. It is a gateway between worlds -- from deep space to Faerie to just around the corner. The seventeen authors who have contributed original stories to Firebirds Rising have won virtually every literary prize and made bestseller lists worldwide. These authors, including Francesca Lia Block (Weetzie Bat), Charles de Lint (The Blue Girl), Diana Wynne Jones (The Pinhoe Egg), and Tamora Pierce (Beka Cooper: Terrier), have written singular stories that will capture readers and spark their imaginations. Firebirds Rising proves once again that Firebird is more than simply an imprint devoted to publishing the best science fiction and fantasy for teenagers and adults -- it is a gathering place for writers and readers, from teenage to adult, all over the world.